J FOR JACK FRUIT THAT INFLUENCED JUSTICE – A Story 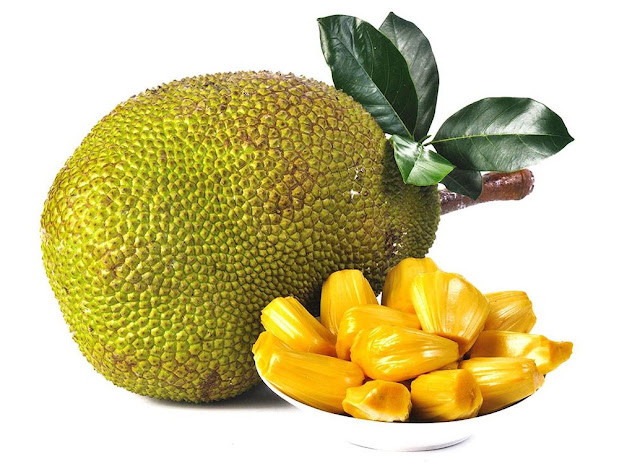 J FOR JACK FRUIT THAT INFLUENCED JUSTICE – A Story
J For JACK FRUIT – We all have read about it in our pre-school days. Jack fruit is a large, green and spiky fruit and an Asian Tropical fruit. The bulbous fruit can be used for both savoy and sweet dishes depending on its ripeness. However, here I am not going to write about this fruit. Instead read a story on it….that connects JACK FRUIT AND JUSTICE in Judicial System.

Jack fruits have always influenced the delivery of the justice in judicial system. . Wonder "HOWWW"? Read the following story…

Long, long ago, there was a jungle under the monarchy of a BEAR as there were no tigers and lions in it. It was inhabited by animals, insects, reptiles and birds who believed in peaceful co-existence.
Once, it was spring season and a black drongo (Black drongo is a small Asian passerine bird of the drongo family Dicruridae) flew into a tree and sat on a branch. After a few moments, basking itself with the golden sun rays, a little bird which was sitting on another branch with a poignant face caught the attention of it. It was a BLACK HOODED GOLDEN ORIOLE, a bird that builds its nest, lays eggs and sings happy songs in the spring season. 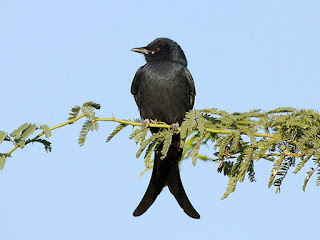 The black drongo was surprised to see the gloomy face of the golden oriole as it was supposed to be happy and singing. So, it went over to her and asked about the reason. The black hooded golden oriole said to it that whenever it tries to build a nest on a branch of the tree, a mischievous monkey breaks down it. She had pleaded so many times to it to spare the branch where the nest was built but the monkey didn't give a heed. Moreover, the monkey – who has become too adamant- makes it a point to destroy that particular branch where she builds her nest. And that had made her helpless and sad.
The black drongo was an activist kind of bird. It felt that it should make the monkey understand its mistake. After all, Forest is a place for serenity and co-existence. Isn’t it? So, it tried to talk to the Monkey.  But, the monkey was too ill-behaved and rowdy to even hear about it, let alone realizing its mistake. 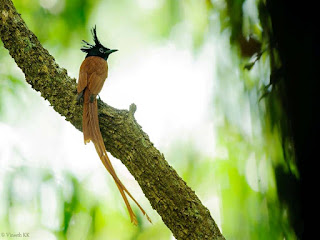 The black drongo decided take a stand and discussed the matter with other living creatures of the jungle. . Everybody nodded in affirmation that it was an unjust act and the monkey had broken the law of jungle. So it should be punished for troubling the little bird. Finally it was decided to take the matter to the king.

At last, the matter was brought to the BEAR's (The king of the jungle) court. Black drongo was the prosecutor advocate for the golden oriole while Mr JACKAL was the defender for the monkey. Debates went on. Finally, The KING Bear was convinced that "The monkey" was a culprit and it should be convicted and reprimanded.

Just as The Bear was about to give the verdict, Mr Jackal suddenly stood and with folded hands pleaded The King to adjourn verdict till the next day so that they can produce some more facts/witnesses to prove the monkey innocent. Mr Jackal was granted a "date – the typical characteristic of the judicial system (yeah I believe …Tarreekh pe Tareekh,  Tareeekh Pe Tareekh….exist since those days) " and the proceedings were rescheduled for the next day. 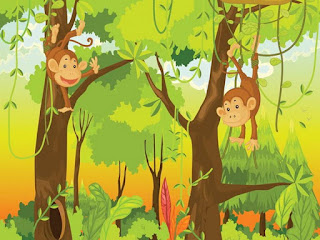 The next day at the court, With much ado The KING Bear looked at Mr Jackal and asked it to put across fresh facts, if any. The Jackal stood up and said, "Your honor, it will be wrong if you give your verdict looking at one side. You should look at both the sides of the matter and then proclaim your judgment – aap ko agge pichhe dekh kar aapna faisala sunana chahiyes" And it signaled the bear to look behind. The Bear followed it and looked back. There it saw a "big ripen jackfruit" was kept under its throne. The mouth of the bear started watering. It looked up and forward and gave a harsh look at both the birds, particularly at the black hooded golden oriole.
Then, the verdict was delivered. The bear said that the monkey was an animal with a natural instinct of hopping on the branches and it had the right to hop on any branch it wished to. Golden oriole was the CULPRIT who had brought the matter to the court to DEFAME the monkey. So, it should be punished for that. The Punishment would be decided next day. 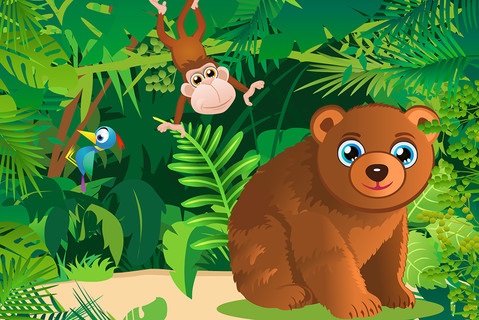 It was a “Shocking Verdict” for the birds and other creatures of the jungle. Everybody was surprised to see the "change in judgement" by the king who seemed to quite convinced by the arguments/facts produced by the Black Drongo  the day before. They were confused thinking “what changed the King's verdict". They returned, done and depressed as they had lost the case.


All of a sudden at that moment, a sparrow came to them and disclosed the real matter. It was a sinister plan of the duo, the monkey and the jackal who had kept that "big ripe jackfruit" the night before as a bribe for the king that had changed the game, overnight. As the sparrow lived on the same tree, it was aware of the plan.
What happened next was bound to happen. All the creatures were united against the king and went to the court to confront. But what they saw there was the last thing to test and break their patience.  They saw the king gulping the jackfruit bulbs extracted by the monkey and being served by Mr Jackal. The scene infuriated them even more and they simply banged and thrashed them up and expelled them from the jungle.

The elephant was made the king. Peace and justice were established and the jungle echoed with the songs of the black hooded golden oriole once again.

I had read this story in a text book of Odia language in my elementary school. The name of the story was "Vihanga Biplav – Bird Revolution". The moral of the story that was taught to us was that we should stand united against "injustice and unfairness" as an entity in a civilized society, to put an end to it. But today, looking at the judicial system of our country I feel that the actual moral of the story is "jackfruits (read money) always have a strong influence in the delivery of the justice or judicial system as they have the power to change verdicts".

Looking at some of the recent verdicts by courts, Not only I felt it mocks the judiciary but also it reaffirmed the fact that if you have enough jackfruits (read money) to feed the people involved in the judicial proceedings, you can "certainly" swing the verdict in your favor.

Wisdom demands a "revolution" in Indian judiciary, so that it can utter justice. We claim ourselves to be civilized, but don't have the guts to challenge injustice.

I wish we would have been living in a jungle to bring about a revolution in our judicial system. But, the reality is that "jack fruits will keep influencing justice and the judiciary". #Fact.
This is my Post for DAY – 10