IT DOESN'T TAKE PLANS TO CLAP YOUR HANDS!!!! 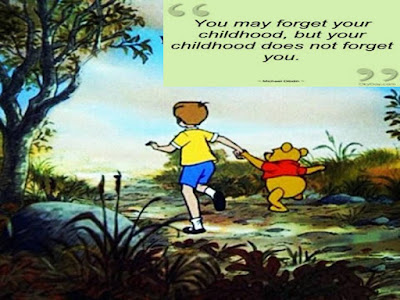 IT DOESN'T TAKE PLANS TO CLAP YOUR HANDS!!!!

It’s an incident that happened few years back. We’re standing on the railway station of Cuttack to catch Rajadhani Express (as we were staying in Delhi that time) when a little boy came to me asking for some money (a usual scene in every railway station).

As I was about to look for some change (coins) in my bag, my son ( around five years  that time) suddenly gave his Cadburys Celebration Pack to that boy (who seemed to be of the same age) that was gifted to him by his cousins.

Obviously the boy was very happy. What surprised me more...?

In our every trip to our hometown my son gets many gifts from his cousins and our family members. In That trip also he had so many gifts from all the relatives and he handed me everything to keep except that Chocolate Pack as he liked it most(obviously). Even when I asked to hold that pack as it was big for him, he didn’t allow me.

What made him to give that Cadbury pack to that boy!!!....  Is still a mystery to me?

After that I observed both had started playing Hide n Seek as my son was trying to hide himself around me. Both of them were having laughter in their faces.

In the mean time our train reached the station and we boarded it quickly as it halts for few minutes…while my son was throwing tantrums to say Goodbye to that boy. It wasn’t possible or I may say was not necessary for us.

But when we occupied our berth my son looked from the window glass and started waving his hand to that boy while I noticed the boy outside was looking bewilder into the tinted glasses to get a glimpse of my son (which was not possible for him from outside to see into inside).

The bewilder eyes stuck me!!! Is there any difference in his eyes and the eyes of my son??? Not at all…..

The difference lies in “my eyes”. May be for that reason when I saw him… I saw the rags, the untidy face and the uncared body and felt sympathetic while my son saw his own image (child) in him and felt loving. A child has an eye to see the human beyond the differences!!
That was sufficient to stir me…

All humans born as child whether die old or not. Childhood is the perfect bliss and everybody is equally given that opportunity by Almighty. It’s the source of infinite love, symbol of truth, innocence and simplicity.

There always lives a child in us. With the passage of time we develop the bars of differences and hatred that imprisons it. We forget to love which is our natural nature.....thereby forget the child in us. More or less we live a life of “copy and paste” rather than a Natural One.

May be….. That’s the reason why we don’t easily clap when we feel nice as that of a child.
But it doesn’t take plans to clap our hands…just a brief look into the eyes of a child around us…. will be sufficient to see our own true image... the child in us that’ll automatically make our hands clap...

To be honest at that point I had never taught my son to do such acts....he was very small. The only thing is I learnt it from my son see our own image in every individual without any barrier of differences... 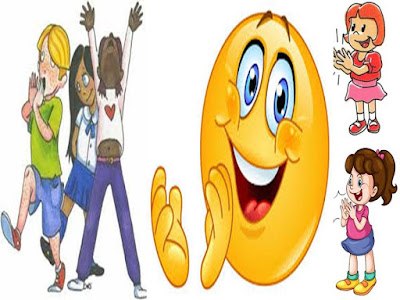