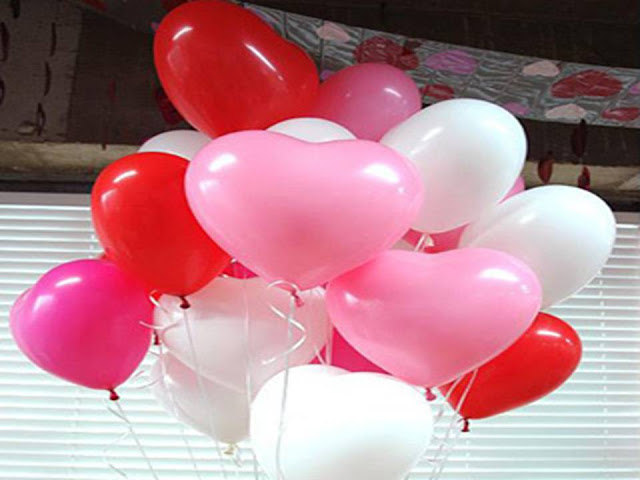 
I wish It Hard Happened


I wish Human Had Two Hearts


If one of Them Were Broke In Love


Life Wouldn’t Be Difficult and hard


Unfortunately, humans and all living creature for that matter, have only one heart.


Today, in the occasion of World Heart Day, I don’t know why, I did remember these lines from a song in the movie Mohra, starred by Akshya Kumar and Rabina Tandon. We have one life and one heart. It’s very important to live happily and for that we have to take the best care our hearts. Good life lies in Good health, and Good health lies in a healthy heart.


Here is my take on it. Let’s take the steps, which make your heart fit and healthily beat


The Heartbeats in our Hearts


Never want to leave it and Part


Is due to this tiny and tender organ…Heart


We need a heart that’s healthy and stronger


To make it strong, vigorous and fit


The First is a diet, Healthy and right


That would help it shine and bright


Say No to Junk Food


That would make it flabby and harmful


The Next is, Hustle for that tender muscle


Walk; Jog to keep away from cardiovascular disorders


The next is, ample sleep to keep it fit


To help it be in shape and properly beat


As it works when we sleep


Its care is our first responsibility.


The Next is, have positive thoughts


To keep away from worries, anxiety,


That often makes it, become rancid and rot


To remain healthy and fit
To Make Our Hearts
Happily Dance, tap and beat


Take care of your heart

Don’t let it fall apart
Wish You All a Healthy Life...everyday 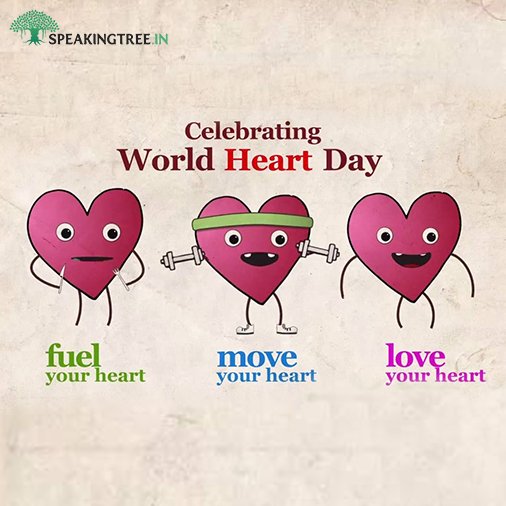 Posted by Tina Acharya at 12:55 AM No comments:

#LoveJatao to Your Grandparents By Meeting Them Whenever Life Gives A Chance!!

Grandparents Are a Delightful Blend of Laughter, Caring deeds, Stories and Love!


Sometime I think, do we really need a Special Day To celebrate the Unconditional Love of Grandparents?? Isn’t everyday is a Grandparent’s day instead!! For My Son Aaditya…it is so, at least!!

Well…When it comes to GRANDPARENTS,


I must say I was never so lucky to be blessed with the fun, love and blessings of them, as my son. Only thing I could remember about grandparents are just some faint memories of them getting around us when I had met them occasionally. I have been grown up hearing things that grandparents are adorable creatures, who say lovely stories, allow you everything that your parents debar you from, make you feel like princess by attending to your every demand, no matter legitimate or not and love you unconditionally.


I had never experienced so though. Sigh!!


There were reasons also. My father used to work in different places as he was a government employee far away from our native place. He used to visit his village - where our other relatives and grand ma stayed - or my maternal grandparents house very occasionally, that to hardly for a week or so. In those short periods we used to visit all the relatives staying nearby thereby left with very little time to spend with Grand ma (My Paternal Grand pa had passed away before I was born), Granny or or Nanaji. Also they used to visit us rarely. So I had no play time or story time with Grandparents thereby their love and touch. I always had that thing missing in my life.


Thank God!! The missing emotions and experiences in my life have been compensated - at least I believe so – plentifully as “My Son is having great times with his Grandparents.”


As of now he is the only grandchild at my In-Laws house. So guess what, nobody is there to even share the love his of GrandPa and GrandMa


My father in Law usually is an isolated kind of person and remains withdrawn and silence most of the time.  Don’t know how, but when we visit our native place and he meets my son, Aaditya, he is altogether a different man. I see a different Baba (I call my FIL Baba...). There is a code language between the two. They talk, they play and they listen to each other’s story. I still have to explore what kind of conversations they really do. My son would say it better one day…probably.

It seems as if My Mother-in-law’s only objective in her life is to feed my son whatever he loves to eat. Lord!! I don’t know from where in the universe she brings that patience to cater his moods. Moreover she narrates the stories of her son (my husband and what he was doing as a child to Aaditya which he hardly listens. There is a different bond between the two which is beyond my intellect to even understand. 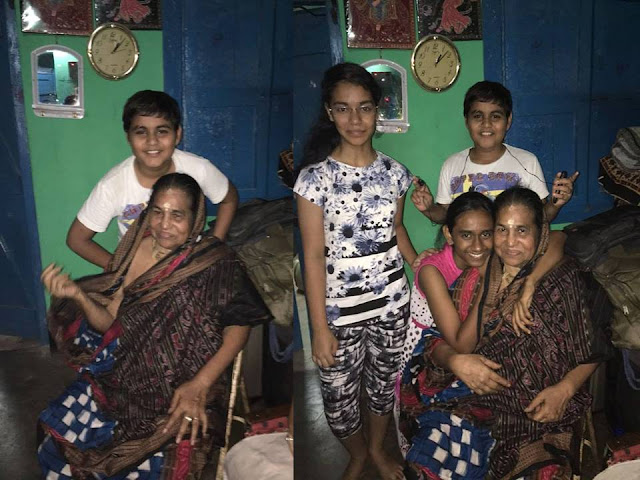 My mother could never match the pace and style of my son. My son tries his best to teach Hindi to my mother so that he can talk or communicate with her properly. My mother doesn’t speak and understand Hindi while my son doesn’t understand or speak Odia. However he often ends up with learning some Odia words from her. They don’t know each other’s language but I think they have one of the best communications between them as both understand each other’s feelings. Love has no language!!

My son calls her as DADI… 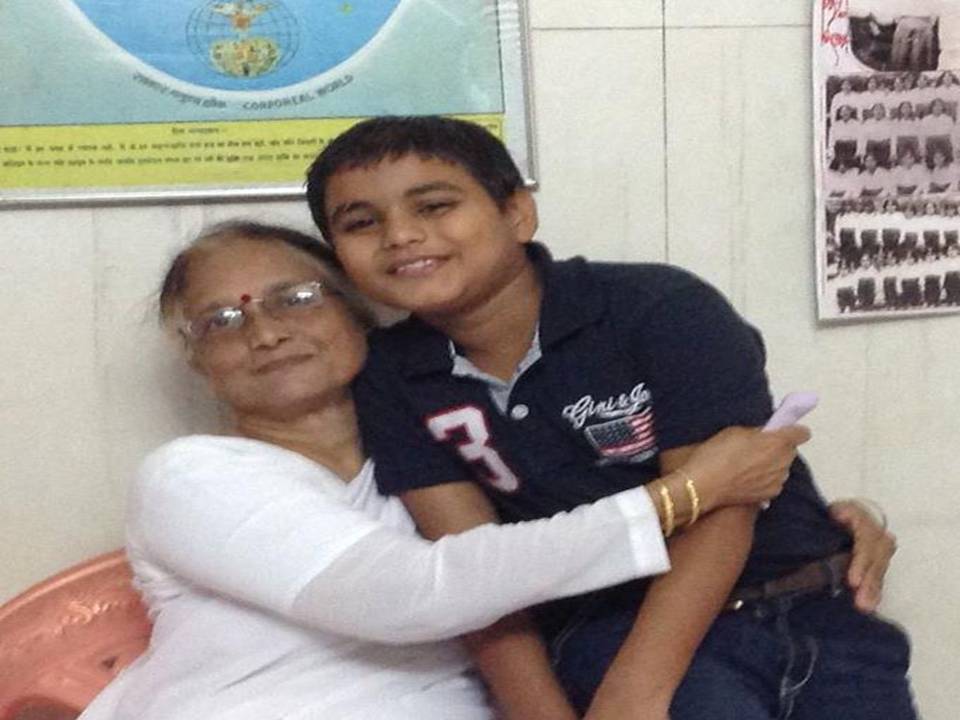 Right from the moment he started understanding relations, he knew that she was one of most important persons in his life. She was staying in the flat adjacently attached to ours. She had been a Grand ma in all aspects…right from taking care of him to making him understand and differentiate between Good or bad, telling him stories, playing with him and guiding us with different parenting issues and tips. If you ask my son about his Grand Ma…he will first tell about her as he knew she is the real Grand ma while Odishawali Dadi is blood relation Dadima. That’s been the bond so far…


Isn’t it great when you are blessed with love/care/wisdom of so many Grandparents? I hope one day…my son will write about the time spent with Grandparents with some interesting revelation which I don’t know… However the common thing between all is "They eagerly wait to meet each other every time" and when they meet...stories are created by themselves!!

There is surely an extra-charm in grandparents-grandchild relationships. I don’t think, my son need to a special #GrandParentsDay to celebrate the love and bond between them. For him every day is a Grandparents Day. Thanks To The Technology!! His Days Starts with talking to them over phone on holidays and in the afternoon or night in other days. They have charted out so many plans for their next meet. However, he dreams to take them to Aqua Imagica one day to have fun and frolic with them. Now isn’t it a great idea to #LoveJatao to your Grandparents!!!  I know, it may not be an easily possible dream given to the deteriorating health of his grandparents and their inability to travel long distances. But then, isn’t it having such a dream itself,  what I feel a graet idea to   #LoveJatao to your Grandparents?


Love Your Grandparents…they are rare species on earth filled with unconditional love and blessing!!
I look forward to hear from you how would you celebrate Grandparents Day. Do share a selfie with your grandparents on Sept. 10, 2017 on Twitter or Facebook with #LoveJatao & tag @blogadda to win a goodie from Parachute Advansed.

I look forward to hear from you how would you <a href='http://www.lovejatao. com/' target='_blank'>celebrate Grandparents Day</a>. Do share a selfie with your grandparents on Sept. 10, 2017 on Twitter or Facebook with #LoveJatao & tag <a href='http://www.twitter.com/ blogadda' target='_blank'>@blogadda</a> to win a goodie from Parachute Advansed.
Posted by Tina Acharya at 5:52 AM No comments: