Non – Writer to a Writer and Finally a Blogger – For Me the Journey Itself is a Celebration!!! 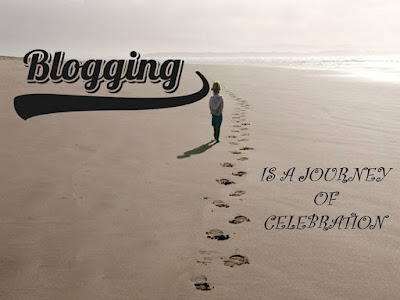 I swear, I had never thought of (not even in my wildest dream) writing this one, about how I #CelebrateBlogging

Forget about Writing or Blogging, I was one of those who never took an extra paper in the examinations throughout my academic years. During exams, In exam halls my friends and all other students used to say “Sir, Paper” or “Madam, Paper” I used to wonder a lot!
Yeh log itna kya likhte hain…mera to sabkuch pahele jitna paper sheet mila tha ushi mein ho gaya…I really used to say to myself. Sometime I used to feel bad about it also.

Again I was the one who would always leave “the essay writing part” in every language papers be it in English, Odia (My mother Tongue) or Hindi.  And you know what “Long answer type questions” were my biggest enemies in every subject. It was not because I was bad in learning or memorizing them but I was very slow in writing. So even if I knew answers I used to find it difficult to write it. So I used to find ways to shorten the answers…I mean making long sentences small…etc. some writing tricks - You know - which would help me. And it was working also because I used to score good marks. Maybe that’s the reason I was a bright kid even though I had writing problems.

So writing was never my strength. However I don’t know when I started reading books.  Since my childhood I have always been an avid reader. My favorite past time was only reading books.  That’s the reason perhaps by my early teens I was quite fair in reading all kinds of books...I mean Novels, Thrillers, fictions or Non-Fictions…everything.

The only kind of writing I used to like was “Noting down things in my dairy  that I used to feel good about while reading books, magazine…etc” I have quite a lot of dairies where one will find many thing collected over the years.

Like any other academically bright student, my dream was also to become a doctor or an engineer. However destiny had some other plans. I became a student of Chemistry. In my college days there were so many extracurricular activities were conducted. Once there was an Essay Competition in English and the Topic was “Democracy is not suited to Genius of Indian People” which was declared an hour before. I had an essay book where the same topic was there. So I felt let me read it and take part in the competition.

I was with the pen and paper inside the classroom.
OH!!! My Good God!!! Let me tell you honestly…I couldn’t recall a word I had read in that essay book.

I was supposed to leave it blank…when the invigilator looked at me and perhaps understood my situation. Then he said…write whatever you feel like. I know you can do it.

Student Union Elections had just completed before then in our College. Few days before that I had gone to an election Rally by OUR Ex PM Atal Bihari Vajpayee.  So I started writing what I felt about elections.

You know what…I stood second in it. My HOD (Head Of The Department)  said me that had my vocabulary been strong, with that idea I would have bagged first.
That was the first achievement of my writing skill that also taught me Originality always speaks best about your idea.  That motivated me the most. I took part in many competitions after that and got some success also.
Those days I was preparing for various Banking Examinations as well as Civil services. I used read many magazines particularly “CSR – Competition Success Review” for current affairs. One day I saw an ESSAY Contest in CSR. I wrote on it and stood First Runners up. My photo was printed in it and you can understand the euphoric world I was in!!!

In 2005 in Super Brain Super Personality contests in CSR…When I won “Miss Intellectual of the Month” in CSR and my Essay was published in it….maybe that was the final point when I realized that “I can write”.

But after that I joined a job in a private sector bank and I was really doing fantastic in it. Life was cool. But for a family compulsion I had to leave that job at the pick of my career.
De-motivated, frustrated…I again tried to find solace in Books.
That was the time also…when I tried to write my views in various things that used to affect me or appeal me in my dairy.

While surfing net, I used to log in into every site…to see if they have a platform to share my views. Wherever it was possible I used to share my opinion as comments.
One fine day I landed in an Online News/Media portal. I wrote few articles in that regarding women issue. However I was frightened by the trolls in it and I stopped writing in it.
Then I landed in Speaking Tree – a free spiritual blogging site of Times of India. 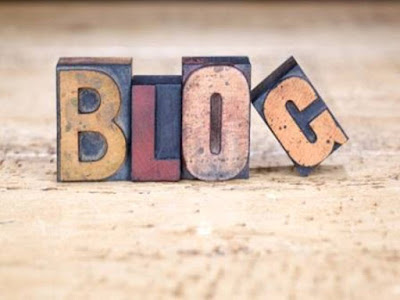 That was something life changing.  I realized “I find maximum peace of Mind when I write”. Writing became a kind of stress buster for me.

In the mean time A Friend asked me to have a “BLOG” of my own in blogger. I searched for it and years back I had this blog registered in my name but never wrote anything in it.
Someone said me about “Blogadda” as well. I signed in it perhaps two years back but I never knew “how to get connected with it with my write ups”

In May 2015, one fine day (I may say coincidentally or destiny has its own way of doing things) I tried “trial and error method” to participate in a contest. (Do I need to say that I’m little less techno savvy?)
OMG!! Everything was right The Blog was approved!! That’s how I stepped into the Blogging World.
Let me say the best thing that actually attracted my eyes to have an account with Blogadda was WOW- Write Over Weekend activity. I can’t say the kind of Happiness I get with every WOW badge!! I simply love it like anything!!
It was just over few weeks of my association with Blogadda when participated in the #LiveLodgycal contest with Renault in association with BlogAdda to get a chance to be a part of the #LiveLodgycal Drive in Goa.

And to my utter surprise I was one among the five winners. 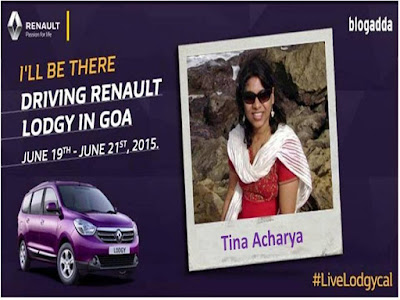 Fully excited!! Top of the world!! Perhaps “A beginners Luck” you can say. But that actually changed my total prospective about blogging.
Since then “Blogging has become itself a Celebration for me”. It’s not only about writing only but finding new truths, new friends, new trends, new lessons to be learnt and new wisdom to be fathomed with every passing day.
After that every post became a celebration for me. Every comment became a celebration. Each vote made me dance. Each new friend made me feel special.
It also made me land into the world of some awesome bloggers and their ideas. As I read their blogs, it made me feel “what I was missing out to read all these years!!”. 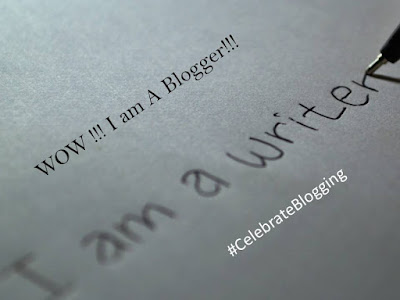 Let me say you…while reading the other bloggers ideas and posts, I really found answers to too many of my “unspoken questions” as well. I never knew…it’s the “OCEAN OF WISDOM” in the virtual world. Some of them were so much penetrating into my mind that they changed my out dated prospective about many things as well.

Then the regular communication with Blogadda…I must say Team Blogadda treats every blogger with utmost specialty and sincerity.  I guess… No one can match this art!! I simply love it!!

Happiness, new things, new ideas, new friends, new excitements…what else. A complete world in itself. What should I call it?? A festival…right!!!

Like everyone, my life also has been a roller coaster ride. I didn’t know when I had stepped into the path that destiny had fixed for me….WRITING AND BLOGGING. I don’t know what more exciting things I am going to unravel in future!!! I’m at a point…totally clueless about the destination of this journey…and I’m really delighted about it.

But as I look back the path I trailed so far…The journey has been a Celebration in Itself. At a regular hiatus, with lovely goodies of happiness and gifts of wisdom, Destiny has asserted itself every time that “Tina…You are In the Right Path…I guess!!!” That makes me feel yes #IAmABlogger


Though I never believed it, but my journey as a Writer or a Blogger so far I feel best defined by the words of wisdom…”It’s not the Destination but the Journey that matters most” 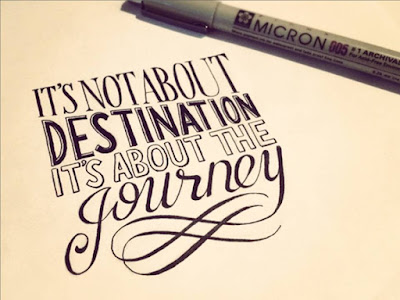 “I am writing for #WIN15 – BlogAdda’s Blog Awards on how to #CelebrateBlogging! You should too!” 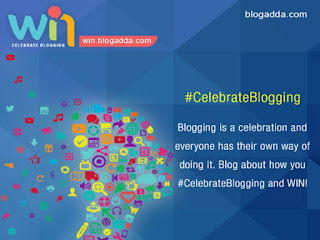