Do Women Want To Be Treated Specially Or Equally? – Do men know the difference?? 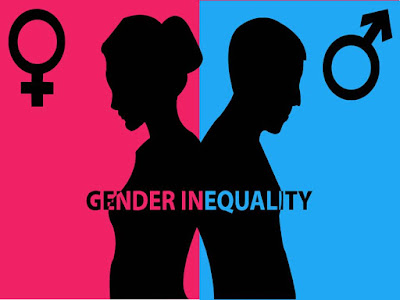 World’s Thinnest Book Published…is titled “WHAT A WOMAN WANTS”. It has only one page with only one word “EVERYTHING”!!! ….see "How Simple the ladies are…!!"

This was a message sent by my friend sent when I asked about his opinion on the above question. Of course in a lighter note with a blend of sarcasm!

On a serious note:  Any statement or any question anything regarding gender or gender disparity, the response will be a boisterous one for sure. No wonder why this is a very sensitive issue.

Before giving my preference of vote on the above question, let me put some questions that I had as a woman and time and again tried to ask and looked for the answer throughout my growing years but unfortunately never satisfied with the responses.

As I child whenever I used to listen to Grandma Stories or Granny’s stories about Kings and queens…in every story there was a king who was all powerful. Even a prince and princess would be there. But Prince was given all types training to become a future King while the princes given care and safety only to marry another prince.

My question used to be “Why there were only Powerful Kings but not a Powerful Queen”? Are women not able to run a Kingdom??

Then came the Education part. I heard how the Princes were sent to Gurukul to have education about the various war tricks as well as other aspect of Ruling and administration. It wasn’t like Princess were not educated but they were never sent to Gurukul. Instead the various teachers were supposed to come to palace to teach them.

What was the problem in sending Princess to Gurukul and have education along with Princes?? Was there a problem of “Accommodation” or Princes wouldn’t like Princesses to get educated along with them?? I really never got the proper answer.

With passage of time I understood that there is a difference deeply rooted in society i.e. called as gender discrimination. In fact I was really perplexed when I found out the hypocrisy in the name of giving “superior status” to the men and “inferior status” to the women.

For example: I was told that men are important as they propagate the successor (Vansh). Well…In that case I don’t know how Lord Ramachndra became a successor of Raghuvansh…because as per the story he doesn’t have the blood of Raja Dasharatha…right!!  He was the son of Maharani Kaishalya who was one of the queens of Raja Dasharath more clearly a Raghuvanshi Queen...Right!

Similarly if blood, DNA of man…etc are the criteria of propagating the Vansh  then even the Pandavas and Kauravas of epic Mahabharat cannot be said the natural heir of Kuruvansh.
Because the actual father of Pandu and Dhristrastra was Adikavi Veda Vyasha who was the son of “Sage Parasara and Satyavati” out of wedlock.  Satyavati became the Queen after She married to Raja Santanu: - A Kuruvanshi King.

So whose blood is there in the Kauravas and Pandavas??

Even I never believed in “Ramarajya; the Ideal State” because it never defined clearly the status of women in that period. When the Queen Sita was abandoned at an advance period of her pregnancy just because someone questioned her chastity then how can I believe that women were happy in that period? One can say there was no complain about injustice to women were registered but I wonder why?? Was it fear of getting abandoned or suppression?? both are Possible...Right?? Then on what sense “Ramarajya is a concept of ideal state??

Coming to the point: We have to accept that “YES” there has been a social injustice with women from time immemorial for reasons unknown.  Women were never given the status they deserved. Their participation in forward growth of the state or country has always been “narrowed”. They were confined to home and the value of chores done by them never understood.

Women have been subject to physical, emotional and intellectual exploitation and persecution in terms of anti-women rituals (though not all), anti- women culture and traditions. Moreover let’s not talk about the misogynous attitudes.
Looking at the past years regarding the treatment toward women and the attitude of men folk...one can really conclude that we are yet to come out of the "jungle mindset" where "mighty is right" is the law and " jis ki lathy, uski vains" attitude.

May be that’s why there has been extensive f “Violence to women” and "Crime against women" such as Female feticides and female infanticides (even though biologically a female child is healthier than a male child) rapes, acid throwing, dowry…etc.

Apart from these they don’t have power to

Right to have healthy food

Nutrition and health care. ….the list will go endless.

However at present, Women are asserting themselves. They have proved themselves in almost all the fields. The age old sayings like “women cannot do this, women cannot do that” has already been completely nullified. Even women have invaded those forbidden territories as well which were mostly considered as male dominated fields.

There is an increasing demand for social equality in terms of “Status” as well as “Opportunity” by women since some years. Our Constitution also gives equal status to both Men and women. But question is “Is Equal status enough?”

Then why in spite of having equal status still women are suffering the age old problems as well as still considered as “lesser equals”.

The problem lies there only. Women actually need “Special Status” not just “equal one” because that is the way out to a progressive society or nation.

First… any society, state or nation cannot afford to suppress the potential of its half of the citizen if it really claims to be progressive. Every citizen has to contribute towards the strengthening of economic and social status of the nation. So let’s be clear on that we cannot stop women force to remain unproductive.

The Next truth is men and women are not equals but they are complementary to each other. The bodies of men and the bodies of women were created differently so they complemented each other, so that the union of the two would bring a conception which would bring a living soul into the world. This is the truth. So women cannot be treated as men in the name of equality. Both are different with different deliverable.

Women have special needs which should be treated exclusively. In fact I would say since time immemorial the discrimination is mainly done mostly on the basis of their “Special needs”
What I mean to say is it’s a fact that equal opportunity doesn’t have any meaning if the “special needs” of the women are not addressed.

Equal opportunity to have education has no meaning if there is “No toilet” especially for girls in the schools. Perhaps women were discriminated not to have access to education because there was a lack of infrastructure availability to address the special needs.

Talking of higher education for girls away from their home is meaningless if the institution doesn't have special hostel facility for women.
Equal employability in the organization has no meaning if there are no maternity concerns for women, flexible working hours, and a special department to address women issues like work place harassment and violations to their dignity.


In fact looking at the present scenario where a big chunk of well educated, efficient and competent women workforce forced to waste the most productive years of their professional life just because the Organizations doesn’t have a “baby care center” in their premises. On what sense “equality to jobs or works” will have some meaning if the “Special deliverable of a mother towards the need of the newly born child” is not taken care of?

For Ex…while answering my question “Why there are no powerful Queens” one wise lady had said:

“Queen has to carry a baby for which she might not afford to go to battle field in case of a sudden attack by neighboring king no matter how strong she is as a warrior” which appeared to be a valid one to some extent.

You cannot say men don’t need day care centers then if men and women are equal “why women would need that?”…can we? Resounding No…right!! 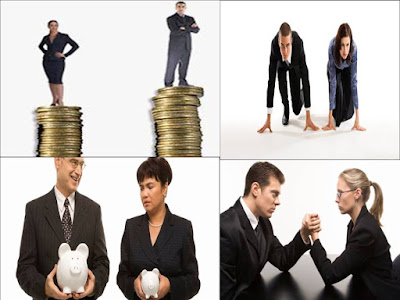 Similarly women were denied proper food and healthcare because it was perceived that healthy boy would become a healthy man and can earn money and avail resources to the family. I don’t have any problem with it and i feel yes a man needs to be healthy…of course!

But in what sense it is considered that “Giving birth to a baby and nurturing a child” is less valuable act and needed no healthy girls…I don’t know. I have heard my mother and the women of her times and before, how women were denied proper food almost always by in laws and also in their parent house as well. The men of the house used to have bigger meals and served first in case there was scarcity. The women had to settle with left outs. wasn't it inhuman???

Women in fact need more nutrition, healthy food and healthcare facility than that of a man. Because their bodies goes complex and rapid hormonal changes throughout their lives. Perhaps nobody understood these realities. No wonder why most of the women are anemic. Even many women have to succumb after the birth of the baby. And the cruel part is...this is still a reality in many rural and semi urban areas.

The various statistics and data are saying the stories of negligence towards women health. One can  check it.after all we are living in era of "Google-e- ajam and not Mughle- e- ajam"...right!!!

Last few years the law of our country is quite favorable towards women. But do women are beneficiary of it so far…?? No still there is stigma to report rape and molestation cases. Still there is problem to leave an abusive husband and fight a case against him given to the lack of financial as well as moral support. Here I’m talking about the majority of the women folk not those handfuls who misuse the law.

Similarly I also feel girl’s emotion towards her own parents is never considered as a valid one once she is married. I think there should be “Responsibility on the daughters as well” to address the parent’s concerns instead of only sons.

There are complex realities and multifaceted problems on these issues. But the simple thing is Men and women are not exactly equals….they are complementary. But there potential are equal. Their work place productivity are equal but their needs are different. Women need much more facility and opportunity than that of men.

So at last I would say “Women Needs special status than equal one”.

Do men know the difference?

Regarding men point of view, yes I feel they are quite aware of the difference but because of the age old patriarchal thought bestowed upon them perhaps they are finding it difficult to practice. They are well aware that women should be respected but the thought inculcated in them that”they are superior to women” throughout their lives has resulted in many absurd behavior on part men folk…I feel.
If women are facing violation of human right in terms of treated unfairly, then men are also to some extent facing “de humanization” to dispose those unfair treatment towards the fairer sex…!!!


So right time to consider the “Special status” to women in terms of infrastructural need, supportive environment and a more progressive thought.!!! 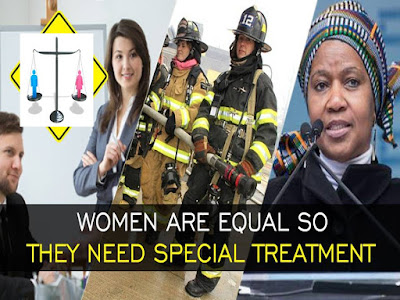