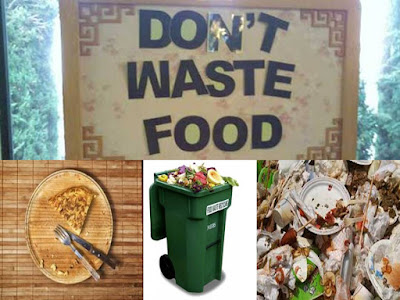 Have you ever seen a kid serious about food? I guess…No!! So was I. But the difference was my father used to be very strict (in fact very very strict) about “wasting  food”. If he would ever see anybody wasting food, throwing them into garbage bin, quickly his eyes would turn into red with anger. He would right away start lecturing that person. If that person happened to be someone from his family...LORD!! all hell would break lose instantly. He would simply become mad.

One can really imagine now how would he be at home. Hitler - Reborn perhaps!!!At home, we were strictly instructed that, “Only that much should we take in the platter, that we could eat”.  No extra amount which we might not able to eat. In fact we were taught that we should take small portions, finish it first... then take more if we wish.

But we were kids. Sometime if taste wasn’t good then who will eat?? Many a times my mother used to cover us if we were caught by father leaving food in the platter. But many times we were caught sadly though “wasting food” and faced the monstrous red eyes of my father.

I used to feel bad in fact very bad (little confused too) with that attitude of my father. I mean... how would I know food is tasty or not before eating? And if the food isn’t tasty then how could I eat it? Then I have to throw it…right! But did He ever understand that? I guess..NO

Well, as my father was pre - independent born person and also a self made man, he had a great command over all the scriptures including the epics like Mahabharata and Ramayana...etc. Many a time he would tell us the bed time stories from those scriptures. In fact I would say...I have learnt the best lessons of my life through his stories only.

One day he  told us a story about “importance of food". I swear that story still rings in me and perhaps for the first time lead that foundation in my attitude to care about food and not to waste a grain of it.

The story is from the Epic Mahabharat:

The Kurukshetra war was over. King Yudhistir was ruling HastinaPur with all his kindness and generosity towards his subject.  Once there was a severe drought in HastinaPur. So Raja Yudhistira asked his younger brother Prince Bhima to get some food grains and other help from the neighboring states.

Bhima went and gathered as much food items as possible from all his neighboring states and loaded them in the carts and started his returned journey towards HastinaPur
On the way there was a broken bridge that stopped his caravan of carts to go any further. He was tensed. Then he learnt Kubera – The Lord of Wealth was staying nearby. He decided to take help from him.

As he reached at Kubera’s residence, he saw a man, clad with a dhoti till his knees, was picking scattered grains from ground.
He said, Excuse me! Can I meet Lord Kubera??

Bhima was confused. He had the idea that Kubera was a wealthy person. And the man before him was picking grains from ground. How could he be Kubera? No Wayy..

He said in a little anger voice (Bhima is known to be l short tempered) “See, don’t play with me. I’m quite tensed as the bridge was broken that stopped our journey. We are carrying food grains that our subjects need badly. Delay would cost us many lives. So please let me talk to Lord Kubera and get some urgent help”

Oh!! This is the problem!! The man said. You don’t worry Prince Bhima. I will sort out your problem within moments.

Then he asked his employees to act swiftly and take “sacks of grain” from godown and put them on the broken bridge making a “grain bridge” so that the carts could move on it.

It all happened within moments. Bhima was quite bewildered. The man was really quite deceptive.

Looking at his perplexities the man came to him and said, “Rajkuman Bhima, I understand your confusion.How could you imagine  "The Lord Of Wealth - Kubera"  picking small and scattered grains from ground. But I value each and every grain. These little grains together only make a sacksful. isn't it?
I’m not wealthy because I have wealth, I’m wealthy because I never wasted a small grain”. Food is necessary for human’s survival. I can’t see even a small grain getting wasted but I can afford “sacks of grain” put on the bridge so that million lives could be saved”. Because the primary need of food is to save human life.
Then he looked at Bhima's face...

Bhima realized the wisdom given by Kubera. He returned HastinaPur and million drought ridden lives were really saved. 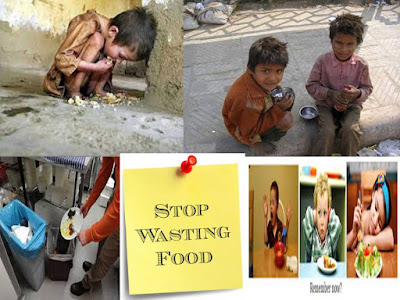 I don't remember how many times I have heard this story.  The above story by my father set the foundation in me to understand the importance of every grain of food. Later I learnt how hunger takes million lives every year across the world. The food wasted is nothing but making some people die in hunger. We must realize the importance of food and  food items.

From that day I never waste  food. I stayed in hostels through out my academic days and i have seen how students waste food. Many time i have stopped them...but its not just one person's work. I also teach the same to my kid as well!!

We should not waste Food… It’s not just becoming wealthy or not but it’s our human responsibility not to waste food.

A grain of food wasted is like a “Human body” becoming lifeless!!


NEVER WASTE FOOD…A SachhiAdvice by my father!!!It still resonates in me.

SAVE FOOD NOT WASTE FOOD 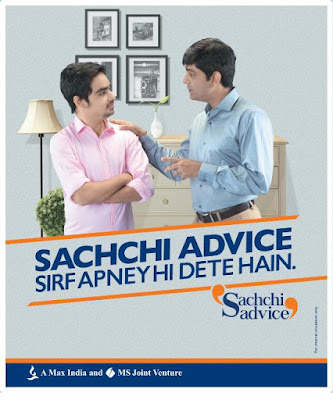 “I am participating in the #SachchiAdvice Contest by MaxLife in Association with BlogAdda.”