Exam Results: Don’t let those Random Numbers on a piece of paper define your life!! So once again it’s the Result time….it’s that insane part of the year when students who appeared in the board exams for X and XII and their parents and teachers become anxiously excited.

For some lucky chaps it's an extremely exhilarated time for celebration as they've scored better grades while for some broods it's a period of melancholy as their score cards are light weighted with inferior marks that is perceived as an  indicative of a distressing carrier path way.

Again after results the 'college hunt' 'stream selection' (Science, Arts or Commerce), selecting subjects, cut-off marks are some of the routine things that adds some more fret to the already apprehensive minds.

Since last few weeks as the results of different boards got out, I’m coming across with many articles/opinions or advice/suggestions from experts, academicians, TV shows and discussion, congratulating winners and consolation for losers. On Sunday…even PM Narendra Modi came out his own message through his Man Ki Baat.

Undoubtedly it's a very transitional period of life which every student experiences at one point. Those random numbers in that piece of paper called as report card almost appears to be the only vehicle on hand that decides the journey of life…more clearly a better life.

Those who scored high, they are privileged to have their choices  of choosing branded colleges, streams also subjects of their liking. Those who scored low, it seems the life of compromise starts for them.
It appears as if those random numbers on report cards more often acts like a travel documents defining the journey.

For high scorers (more than 90%) …it’s a plane ticket
For mediocre scores (from 60 to 89%)…its train ticket (again here the class depends on the marks as AC first class, AC second class, sleeper class or general class etc..)
For low scorers (less than 60%)…it may be a two wheeler (again marks decide if it is a bicycle or a scooty or a Bike)
And those who failed to pass…Nothing remains for them other than their own feet.

We know our society is obsessed with high scores.  Even our education system is also infatuated with good grades or marks. Branded colleges, institutions or best branches or streams always give preference to highly weighted report cards. That’s why students who didn’t get good grades or marks often have to compromise in terms of their choices of college, institution, streams or subjects of their liking which affects disturbingly their minds. It seems as if it's the start of learning about compromising choices!

But the reality is very different. Because marks or grades in various exams just provide an allusion of one's capabilities or intelligence and of course an affirmation of the fact that hard work pays.  But they definitely don't define one's actual potential. Had it been so I think Mrs. Smriti  Irany would have never been our HRD minister. One may found many such people who might have done excellent in life irrespective of their poor academic performances.

No doubt Academic performance is an indicator of potential success in life as it paves your way reasonably in a simpler manner to good jobs, good income thereby making life happier and hassle free. It acts like a lubricant in a mechanical system performing motion. Though motion can still be performed without it, but having it just makes job much easier.

But the real potential of a person is accessed while one venture out in the biggest institution called Life. Life is the real institution and every happening event is its exams.  There is always something to be learning in life.

For those who scored well, it’s time to discover their life path correctly, as more often they fall into a trap of rat race without their knowledge. More often they seem to follow the crowds at the cost of their own interests which sometime become perilous in later part of the life. So its very important to chose the right path and enter into the race with own pace.

And for those who scored reasonably low or even failed  the exams, it’s a time to rediscover yourself and finding out own faults through introspection.The world is a changed place now a days. There are plenty of options available that don't stress upon good marks or grades.

It is the ability to work hard,
Succeeding at the workplace through excellent communication and inter personal skills.
Having a strong internal motivation
Ability to take risk
And a constantly intuitive mind… to be listed few.

Life is the best institution and it gives equal opportunity to everybody, no matter what score your report card possesses. Those random numbers have no role at all while one becomes a student of life. This is the reality. So let those random numbers never define you or your life!!!! 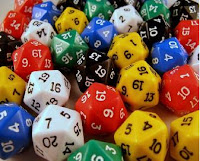 Marks and Grades never define your real potential....they are just random numbers!!
Be Happy And Be Successful in Life :) :)
Posted by Tina Acharya at 1:52 AM