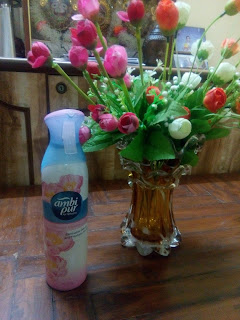 For me awful, suicidal and nauseating etc were never enough to describe the torture of bad smells (did I say u I’m extremely sensitive to smells…especially the Bad one??).

Well…life is nothing without our Olfactory sensory…right!! Good or bad…our snout has an automatic mechanism to smell it unless U just impedes it by twitching with your hand.

My battle with the bad smell in fact started from my childhood. I didn’t know then what were the sources of those irritating smells? I used to see my mother trying her level best to keep those demons away by placing incense sticks at various corners of the house and putting flower garlands (Thank God we had a Garden surrounding our government quarter having many type of seasonal flower plants like mogra or Champa) in the photos of different Gods that were put in the walls of different rooms.

Guess what…all were failed attempts to remove those awful odors. They return even with stronger versions!!Oh!! My poor Mother!!

So for me battling out bad odor of any form has always been challenging one in every stage of my life. Be it in school, hostels, work places…everywhere they had their presence to persecute me.

Life changed but I think this demonic challenge never changed. In fact became stronger with the passage of time.

Now that I have a family of my own (son and Husband) who are equally sensitive (even more than me) to bad odors, so it has become really an exigent job to keep (bad odors) them away.

I use best products available in the market to clean out the sources of the bad odor (for ex. Kitchen, toilets, store rooms, shelves…etc). I must say Yes, they help but not for long time. Probaly the could only cover up the bad odour but cannot remove them. Also what about the sources on which I don’t have any control (for ex. Odor coming from outside through the window into my house…)?

Recently I tried Ambi Pur Air Effect to battle out terrible, stinky stench to see if it is really able to beat them or not. My findings are really interesting. Let me share some of my #SmellyToSmily stories with Ambi Pur Air Effect...

#SmellyToSmily Story 1: The battle with Milk and Egg Smells:

Hey…do you know how awful the stench of milk or egg especially if accidentally “milk spills” and “humty dumpty falls” on floor? Ahk!! (For me just the mention is enough to nauseate...) No matter how hard you clean them, they leave an appalling smell that stays for a long time to give u a solid torture.

I tried Ambi Pur Air Effect to tackle that stubborn stink. Guess what! It won the brawl!!!

Let me say I just love fish. I don’t have any problem with smells of any kind of fish. But what about those who don’t. And if they happen to visit your house in the evening and you prepared fish curry or any dish with Fish in the lunch…imagine the reaction of your guests. I already have those gestures. One from my Anti-in-Law and one from my Jain friend. Believe me it’s really embarrassing. 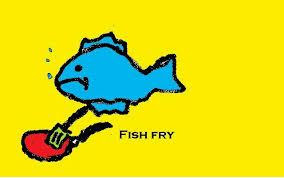 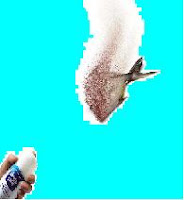 I tried Ambi pur Air freshener to test its efficiency to remove those odors.
OMG!! It really works!! Yeppeee!!!
Now my vegetarian friends and relatives will never avoid visiting my house or I would never take them out somewhere to treat them up.


#SmellyToSmily Story 3: The Battle with outside smells: 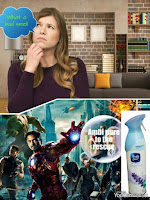 My flat has a balcony facing the main road. It’s really good to see the busyness of City life 24*7 on 365 days. Also I have a terrace in the other side of the flat. But the problem is through these openings, some time bad odors (May be out of a dead rat, or someone dumped something on the shades of the shops that are below my flat in my building).

Ahk!!! It’s so horrible that once it enters…it makes so irritating that even if I shut the glasses, still they remain for longer…

#SmellyToSmily Story 4:  The Battle with the Smells from guests: 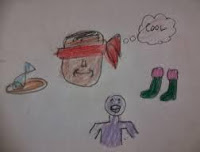 What do you mean? Guests are only sufferer of odors in our house?? Come on…some of them are also horrible culprits as well. Remember “Atithi Tum Kab Jaoge”. Hey…even I have some people who visit our place have some kind of odor problems. Someone may be having a disgusting body odor, someone else of “explosion of gases” and someone may be having stinky pair of socks….and U know what!!  You cannot say them anything also. But how horrible those days are living with them and their terrible odors!! 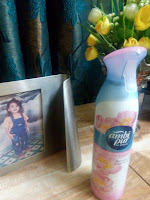 I thought Let me try out Ambi Pur Air Effect this time!! Will it help…???Guess....


SmellyToSmily Story 5: The Battle with Miscellaneous smell from different things: 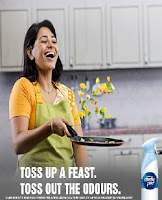 Sometime certain smells disrupt my thought process, mood or in general I just don’t like them stay longer. Like...The smell of baking cake, deep fried things, onion and garlic smells etc. Moreover   in monsoon the damp smell of wet clothes, smell coming out from furniture as they absorb moisture. Sometime the smells of medicines, sprays (volini or Relispray) even mehendi are also irritating.

I tried Ambi Pur Air Effect and it was fantastic!!

So,  now feel that having the range of Ambi Pur Air Effects is like having a team of Avengers. The difficult battle against Bad smell, Stinky odors simply won by just few sprays of Ambi Pur Air Affects!!Because it just doesn't cover the bad odor, it kills them and removes them completely!!!! 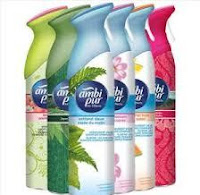 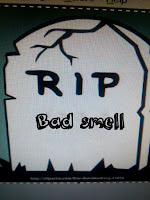 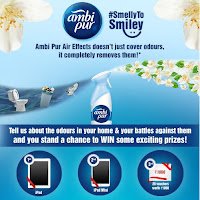 “I am blogging for #SmellyToSmiley activity atBlogAdda.com in association with Ambi Pur

Hello Reader...I luv your presence on my posts. Share some of your lovely words in comment section....