I #ProtectHerHeart as She is My Heart and The Soul of My family!! 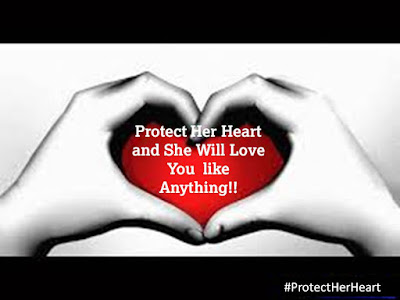 OMG!! I was really surprised when I got an email from my dear Husband asking me if I can put his writing on #ProtectHerHeart activity in my blog. He wanted to share his feelings on this particular activity as he liked it very much!! He is not much of a person of words. In real life also more or less he is bit reserve. But when I read his write up…I was literally amazed to read his mind. My God! He is such a sweetheart kind of person. I m sharing his write up. Please read it!!
Hi All!!

That day as I was leaving for my Office in the morning, I just had a brief glance to the laptop of my wife (Tina) where some files were kept open. Out of curiosity I just peeped into it to see on what was she writing that day. Perhaps it was an activity in Blogadda. I saw the following lines in her document.
“I am joining the Saffolalife #ProtectHerHeart initiative and pledging my support to better heart health in Association with BlogAdda.”
To be honest I’m a very Technical kind of person and least interested in writing kind of things. But that particular has tag #ProtectHerHeart caught my eyes. I left home for office.
However While driving my car, I was thinking about that has tag. I don’t know how people will take it but I feel there needs to be a proper awareness about taking care of the women in our life, especially their hearts which we know (though we men pretend to ignore) that beats every bit for us and our families and children.
Let me tell you, I had a very terrible experience that made me take that extra care of my wife and especially to #ProtectHerHeart. I want to share that here.
Around two years ago, we had a long drive to a city near Mumbai where we have our own flat that we have given to a tenant. We used to stay there few years back. Later we shifted to another place. But we keep going there whenever we get time or a need arises. The travel plan of that day was more to meet old friends cum neighbors than to visit tenants and see their problems.
As we reached there,  as usual all were delighted to see us. Especially my son was adorable to all while us being the youngest couple there.
After meeting and greeting, I noticed Mr. Nair (The Secretary of our society) wasn’t there. I queried about him.
I was shocked to hear the answer. Mrs. Nair (we fondly call Nair Bhabi) had an Open heart Surgery that time. I could hardly believe it. Quickly we moved to their flat to meet them.
Lord!! She was looking horrible.  Mrs. Nair was just a lady around 40 years old. Her first child (daughter) had just appeared 10th board. Son was in 8th standard. She was an active and a jovial kind of lady with a sound figure (not fat at all...). I remembered how she was even trying to learn bicycle when her daughter should suppose to learn that. They had a simple life style. Mr. Nair being a government employee never had that thaat bat show of life. I had seen them so many times walking to the sabzi mundi to bring vegetables. I mean…whenever they could, they used to walk…beside their daily walk routines.
I really wonder what would have gone wrong in Mrs. Nair’s life. Was it the stress of her daughter being appearing for 10th board?? Maybe!!
They described us everything. We were even more surprised learning how her mild heart attack was initially misdiagnosed as severe spondalitis problem (obviously) as nobody could really imagine that other than a heart specialist. Finally a blockage was diagnosed and surgery was the only medication that would help. However the most painful part was she had the attack that resulted severe vomiting and nausea when nobody was at home which could have been fatal.  She thought it was a severe acidity…!!
As we returned, I was really shaken to the core. It was a hectic day. Both my son and wife were tired. So fell asleep as soon as they fall on bed. I was also too tired as I had driven the car whole day. But I couldn’t sleep.
My wife has hyper acidity problem. Sometime she suddenly starts vomiting with a lower BP. Neighbors normally inform me and I rush to home. So many times, it happened that way. What if she will have an attack…I don’t know why I had that kind of thought that day.
I switched on the light. I saw both of them were sleeping without any sign of worry on their face. I saw her face. May be she was having that sound sleep as she has the faith that I’m there to manage everything.  What if something is wrong in her heart as well? Suddenly a scene appeared in my mind where she was absent in it. Without her we are nothing. OH!!Shit! I can’t even imagine that. A very disturbed night that was…I can’t really explain in words.
Next day, without delay I took an appointment of my wife’s doctor. I met her in the evening and asked her how to know if my wife’s heart is fine or not. The doctor said my wife’s heart was fine as she was a regular visitor to her clinic.
However I was shocked to hear from the doctor how young ladies (in their 30s or 40s) are victim of severe heart problems that take their lives also. Horrible!!

I pledged from that moment to #ProtectHerHeart. I changed certain things because I understood that protecting her heart is a Lifestyle rather than a one time action.
We changed oil and switched to Safola brand (more clearly safola gold)
I stopped pushing her for something which she doesn’t like to do
I asked her to live her life and do whatever she feel so. Enjoy with friends, watch movies whenever she feels so, eat chocolates…etc (I know she is a damn crazy about it)
I started monitoring her stress level, diet and exercise. You can hear us fighting like India and Pakistan on these issues.
I asked her to be sincere in her life style and regular timing of having food. I know she is bit unorganized in that.
I simply “Put her interest first” and “she is first” and “her well being first” in everything before anything else and I would never step back whatever it would take to do.

To be honest, by taking care of her heart I’m doing a favor to me only (Men are men…I agree). We men know that a women’s life is not an easy one but still sometime ignore that. We also know that our lives revolve around them. Most of their life filled with concerns for us. It’s time we should start thinking about their issues. I would say please don’t ignore her heath concerns and heart issues. Because it may turn out to be terrible.
I am seriously concerned about her health and heart. After all she is the soul of my family. I can’t imagine a moment without her. After all…Her heart is not hers….it’s my heart in her body….I feel so.
At last,
Friends, I don’t write any blog. It’s not just an activity but let’s treat it as an awareness campaign. Actually I feel there should be a better awareness so that women's health shouldn't be taken into granted and many families could be saved before they are ruined. 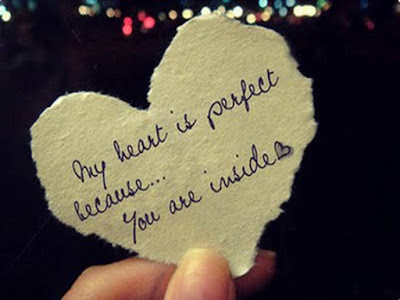 “I am joining the Saffolalife #ProtectHerHeart initiative and pledging my support to better heart health in Association with BlogAdda.”