She was Euphoric as “a writer’s wildest Dream came true”!!! 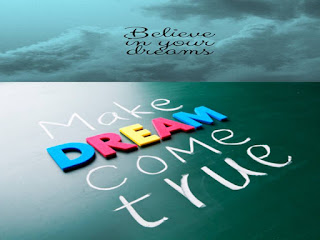 Trim Trim Trim…She got a Phone call
Her publisher was saying her
Within few months… they sold it all!!!
The first Edition of the "Book" written by her

Edition after edition...copies after copies
Quickly it became a bestseller
People around the world read it
As it Hit the Book stalls…world’s every corner

She received a mail, in her inbox.. One Fine Day
An admiration letter "Lauding her book and writing"
It was From her Favorite writer…“Prativa Roy”
That made her day as an author and happily she was dancing

Among those personalities, she was sitting that day!!
Who she had seen them only in her dreams
Paulo Coelho, Robin Sharma and Shobha De
And Chetan Bhagat…offering her strawberry ice - cream!!

As the winner of that year's “Booker’s Prize”
When her name was announced
Delighted to the core she was...
As her dream came true to win that award

Soon it turned out to be a practice
Awards, admiration, Felicitations and all
Life was on cloud’s nine….I guess!!
As no dreams left in her “Dream box”...At all

With “HER BOOK “in his hand,
Suddenly a man knocked her pane,
A street book seller…I guess he was
And he wanted to say her something

Curious she was and thrilled by seeing her book
She opened up the window to hear his words
Little did she know that destiny was waiting for her?
To reveal her “The best surprise of the world”
She was in tears after hearing the sweating man
She thanked the almighty as much as she can
For…A writer’s wildest dream (had just) come true
As the Man said her,
“I dream, my daughter to be a writer like “You” 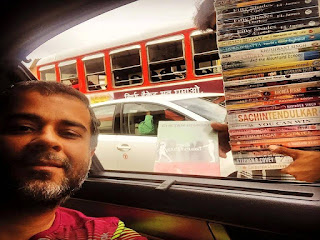 This poem is inspired by a "Picture" Posted by Chetan Bhagat Sir! could
Image Source : Click Here 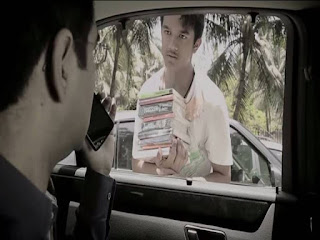