I'm Vlogging for "Theme 3 – Kids dancing to the music" for Colgate #MaxFreshMove activity Phase - 3. Please read the story of a mother discovering the dance talent of her son!!! 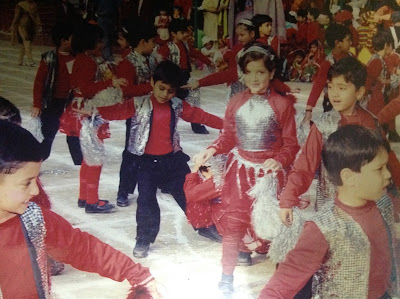 “Papa, Can I learn Odissi…the dance teacher is coming to Lisa didi’s house only” asked a little girl to her father decades ago in a small township.
“In our families, Girls don’t dance” her father replied. And the girl never leant dancing. Even if she learnt few steps by her own, she could never gather courage to do that before anybody. She still feels too conscious that makes her legs frozen!!
After many years, she was really surprised when her friends asked her “where do you send your son to learn dancing?”
Dance and my son…unbelievable!!We had no idea about that. The above little girl (it’s me) was mesmerized when she discovers her son’s dancing talents. 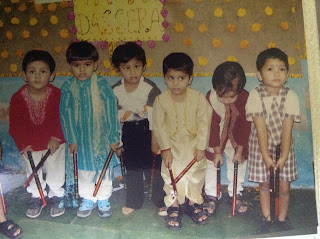 Honestly, it was during a society function few years back, I learnt that my son Aaditya could dance.  Till then, you know, he had only taken part in the dance activities for school functions!! We can’t say that is dancing….right!!
That day…In society function I was busy with some other responsibilities when my friend called me and asked me to watch Aaditya dancing. Well…I knew that children were preparing for a dance. But it wasn’t the same one that they were preparing for.


Actually my friend’s son was supposed to perform a welcome dance on “Deba Shree Ganesha...” song which he had learnt in his dance class. But at last moment he became fussy (kids and their tantrums…you know) and said he wouldn’t dance alone in the stage. Aaditya being his best friend offered himself (by his own and I had no idea about that) that he would dance along with him.
Just an hour before, Aaditya had learnt some steps of “Deba Shree Ganesha…” song shown by his friend. That’s how he was on the stage….!!


I was stunned!! Not because whatever dance he was performing on stage but the kind of “Confidence he had” that moved me. Whether he knew the steps or not, but whatever he felt like…he danced!!
Later on I saw him shaking his legs whenever he used to hear songs. I knew he was a bit music lover but dance…!!!

Well that became his practice. If he loves a song and its dance steps he would try to learn it by his own.

You must be thinking, “Did we send him to a dance class???”
No. Not exactly. As a child Aaditya has always been a difficult one since his childhood. Not because he was mischievous or naughty (yes. He is really high scorer on that) but because of his health issues. He has chronic health problems, highly allergic and frequently falls ill. With these health issues, even managing schools has been a tuff task for us let alone any other activities. 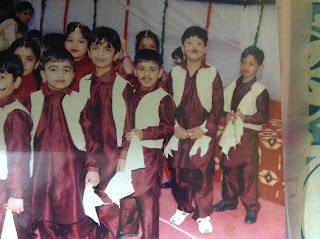 So many times his school’s dance teacher even has asked us to send him for dance training.  Because in school also, any dance program, he becomes the main performer.
But we know, if dance is his real passion then he has to outperform his health issues. Hopefully he would do so with the passage of time. However till now as parents, his health has always come before us than his passion.

Being a jovial, fun loving and active (in fact hyper active) kid, he has been a pet to everybody. Any activity, function or parties, he would be ready for shaking his legs and doing those careless body moves. He doesn’t care if his moves are right or wrong. They look good or not. Sometime I feel as if he dances for himself only….he enjoys them a lot.

They say na…dance like nobody is watching you. I think Aaditya has born with this attitude!! That’s all about his dancing story

Last few days he was again not well. He was having 104/105 fever due to serious infections. His temperature used to be kept under control by taking paracetamol while various tests were going on to diagnose his problem
AAditya dancing to the  Taazgi ka Dhamaka tune

But during that time once I had switched on the tune “Taazgi ka dhamaaka”, he couldn’t stop himself and he was ready with his moves.I was saying him not to strain himself and take rest but he said “This tune is really so nice Mamma, iss mein dance karunga to Jaldi thik ho jaunga “(if I will dance to this tune, I’ll be alright soon)” really very refreshing tune!! Just like Cooling Crystals in Colgate Max Fresh give instant Tazagi that makes me fresh to go to school in the morning, This dance Dance tune gives energy to the body"
This what he felt about the song!!!


While he was not well…I was saying him, “Babun…You don’t look good like this. Mamma likes the one who literally breaks furniture with his dance moves, “power ranger moves” and “WWE fights moves” …not the one who is down and inactive”

As he became alright after making his parents dance to his tune for two weeks literally running from one doctor to another, he said “Mamma…Now The real Aaditya is back”.

In every person there lives a dancer and a singer. Some may express it very well while some may not….!! But one doesn’t need to be a dancer to dance or a singer to sing…right!! this thing I learnt From my son.
I learnt that:

“I am dancing for #MaxFreshMove activity at BlogAdda. If you are not blogging, you can join me by participating in this #MaxFreshMove facebook activity.”