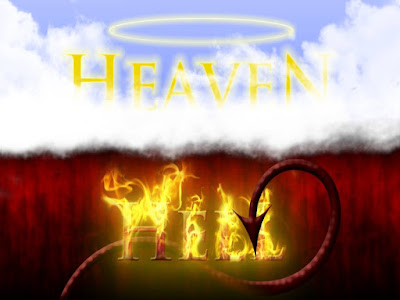 Once…An Engineer dies and goes to hell. Soon he gets dissatisfied with the place and starts making improvements. After a while they get air conditions, TV...all the comfortable things in hell and he becomes pretty popular in the hell.

One day God Called up Satan and asked “So how is it going down there in the hell?”
Satan replied, “Great, we now got AC, TV …etc. and there is no telling what this engineer will come up with next”

God was surprised… “You’ve got an engineer? That’s a mistake…he should have never been there: Send him up here.”
NO way! I like having an engineer in the hell, I’m keeping him” Satan giggled and said firmly.
Send him here”…said God little hard.
Satan cackled and said, “I’m not.  Just do whatever YOU want.
God remained silent…!!

Satan loved this! Why not take some more good people to hell…he thought! And then he tried to play some tricks with a saint and some other good people as well and took them into hell…… (The story is not complete yet….)

Often in real life we see good people living life of a hell. They struggle hard, often have to prove their goodness, find difficulty to retain their value driven life. Whether in a work place or between nears and dears or in society, the most struggling people are none but those who can’t deduct certain values from their moral code.  Even if they are often super ceded by people who are little smart and know the art of manipulating values.

The only weakness of these people is they can’t afford their existence at the cost of their morality and ethical living standard. For morally conscious people it is just not possible to give up the morals and compromise on their principles.

So in short I can say being a good and honest as a person and doing good work for the others is always attractive to the Satan. It (read Satan) makes every effort to make life a HELL.

Though their weakness is their “moral code” they have a great strength as well. Their resolve to carry those values that never let them stop doing good works. Whatever surrounding life gives them; they consistently improve their surrounding and always work for betterment of society. May be Suffering teaches them and they learn to accept it.

Now, The remaining part of the story….

After few days someone rang the door bell of God’s abode. God opened the door and he was surprised. It was Satan with all his baggage standing there. His face was not happy.

“I need some other place for me”...Said Satan in a low tone
Why…asked God

THE HELL IS NO MORE A HELL NOW….the people I had taken last time destroyed my hell. The Saint enlightened people. The woman I had taken taught everybody family value, the teacher taught everybody honesty and other moral codes of life…The Engineer you know and some others…really they are quite stubborn people. I really wonder why are they not leaving their values...??

It’s really suffocating now. So I can’t stay there. It’s really difficult to have such good things around me. I think it was really a mistake to take such GOOD people into hell”

God smiled and said “OK…we’ll find some other place for you. Now manage yourself any how” 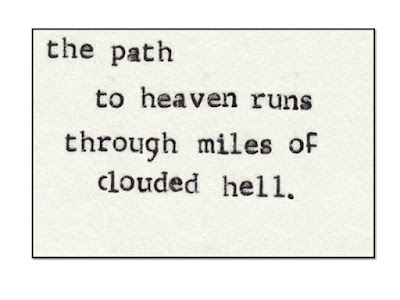 Then I asked God… why didn’t you help those good people when they were under the clutch of Satan?
God smiled and said, “Initially I thought to get them out of Satan’s clutch.  But later I had a different idea. Why not eliminate SATAN from their life? Why not make that place a paradise wherever they live?
I knew -in fact I was sure - their work will certainly show the door to Satan from their life and you saw the result”

That means Satan learnt the lesson and will never attack any other good people…Am I right!! I asked eagerly

“No no… He will do it again. After all he is Satan…and aadat se majboor….Old habits die hard you know!!”
Then God smiled mysteriously.

Hell or Heaven is not exactly two different places. The Place where Satan stays is a hell. And it is our choice whether we want to keep Satan or not in our life.

Morality and ethical way of living may be tough to practice but in the long run it makes life a paradise….Isn’t it??? 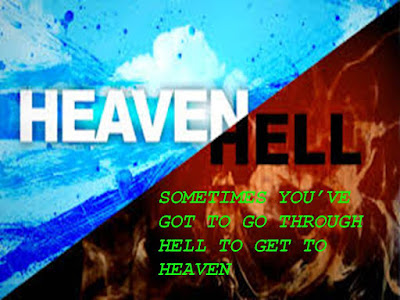