Dhhadhhak….
I got an abrupt jerk with an earth shattering sound and I would have almost banged the door if I had not controlled myself.
OMG!! I screamed out….What was that??
Mam…sorry. It was just a small accident. I heard my My Driver’s frenzied voice.
Thank God…He was alright. The first thing that came into my mind
He had already stopped the car.
Who did it have hit…then came the second thought.
Mam you sit inside…let me see the things.
He got out. I was alright by then. I saw some people outside the car roaming and piping into something. I couldn’t see anything. I wanted to know what had exactly happened though …
After few moments…He came and knocked my window. I opened the glass.
Mam…It has given a dent to an ACTIVA ridden by a woman. She is unconscious and no serious damage to the vehicle. But I’m not sure of the lady.
I couldn’t prevent myself from coming out of the car. Some people were already shouting at Him. I heard Someone from the crowd saying…yeh badi gadi walon ko na ..jyada chadhi rahti hai…Pakdo inko…chhodna maat…!
As I stepped out, a moment of silence was there. He was still insisting that I should remain inside the vehicle. But I couldn’t.
I saw a crowd of 8 to 10 people had surrounded something.
May be it was the lady...I thought
I made way through the crowd. Some of them had started giving their verdicts…if the lady was alive or not….I saw the inactive body of a lady of around my age dressed in blue jeans and a hip length kurti and a white scarf with black floral prints in it around her head, was lying there with her face on the ground.
However there was no pool of blood or any sign of external injury…it seemed
May be a severe internal injury…I thought frantically
I went close to her and tried to turn her body.
Madam…what are you doing. It’s an accident and it’s a police case. Let’s wait for the police. You shouldn’t touch the body…someone said from the crowd
So what…if it’s an accident….Let me check her condition first. She might need immediate medical help….why should I wait for the Police for that. My vehicle is here along with my driver. I’m sure some of you might have started recording the things in your mobile phones, what else police would need more? ...I said in one breathe (honestly don’t know how…).
I had expected people might have taken initiative to examine the lady. But what I saw was some of them had switch on the video cameras of their smart phones and some were busy in passing judgments while some were busy in throwing sarcastic comments on how “indifferent and damn care” are the people with big/luxurious car. That moment even I saw so many vehicles were speeding away hardly caring what really happened
It’s really something that always goes beyond my comprehension. In case of a road mishap, why most of us always try to play a spectator or someone who ignore and speed away or we become judgmental rather helping the victim. Strange!
What’s more ridiculous the next day,  if someone who have recorded and upload it in social media handles, chances is there, it may go viral. There might be a huge debate on morality of people and society both on social media and electronic media. The virtual world soon becomes an ocean of “wisdom” pouring out from unknown people on “what should we do as human”. And guess what… same set of people may be writing or making comments on what humanity is all about.  But in reality people hardly care about the person lying on the road. Doesn’t “The live or lifeless” body deserve some part of our humanity.  Or May be the truth (some time) Stranger than fiction. Isn’t it? 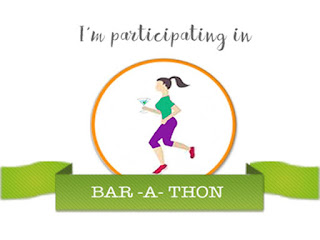 This Post is for Day 1 of the 7 day blogging challenge BAR-A-THON.

Today’s prompt is ‘Stranger than fiction’