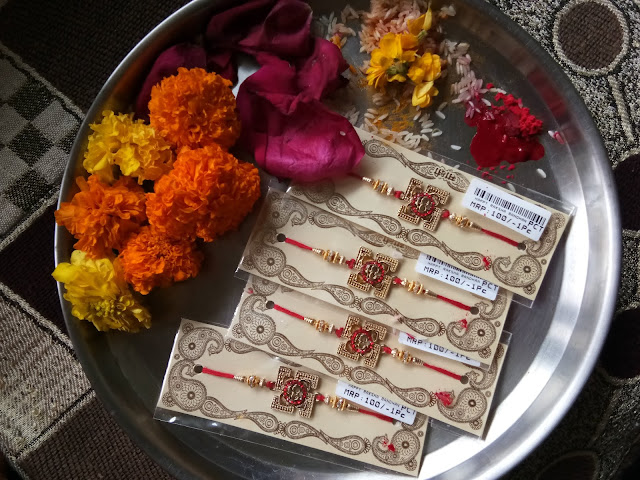 Raksha Bandhan is a festival of Emotions like love and the sacred bonding between brothers and sisters. I love this festival because the celebration of this festival is all about paying veneration to sentiments and the feelings attached between siblings. Another reason, the one that is most unique about this festival for which I love it most is its “simplicity”…I mean no hard core rules are needed to be observed in this festival.
And the most exciting reason that every sister look forward to this festival is the “GIFT”….. As a part of tradition, a brother presents his sister exciting gifts and promises to guide and protect her throughout the life. I must say a gift plays a prominent role and denotes gestures of love and affection. 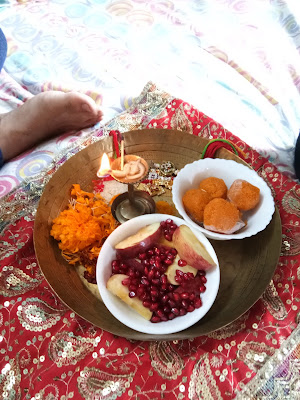 I’m really lucky as I have four brothers…..three elders and one younger (it’s a different thing that the younger one also behaves as an elder brother). It really feels like a princess when there’re four brothers to protect you. In my upbringing years I was often envied by some of my friends. Especially at the time of Raksha Bandan as they used to say” Tina…tera to achha hai. You’re going to get FOUR gifts...Ahwah!”
But they didn’t know in fact nobody knew, at my  home the scenario was completely different


There were never FOUR gifts. In fact after tying the Rakhis to the wrists of four brothers, my eldest brother used to actually give the GIFT and other three would say “it’s the gift on behalf of all of us”. I used to wander why can’t they follow “each one, gift one” where all of them can afford to buy one. But still I was happy as GIFT being the reason of it. 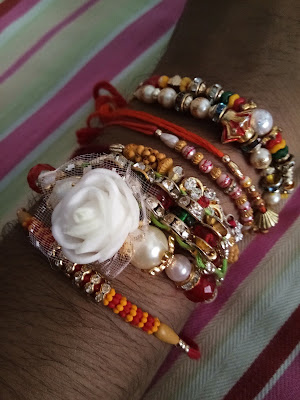 However after my marriage I never had any opportunity to tie Rakhi as I could never present at home in this occasion. All what I do is, I send Rakhi – through speed post or courier - and just pray God that it should reach in time. Now I understand the “Happiness of “tying” the Rakhi” on the wrists of my brothers. I never think of Rakhi Gift these days though my brothers never stop gifting me.
Few years back a small thing happened that totally changed my perception of a “Rakhi Gift”. During a talk with my eldest brother over phone once he shared an incident. He told how he generally manages to tie my Rakhi” once it is delivered at their place. 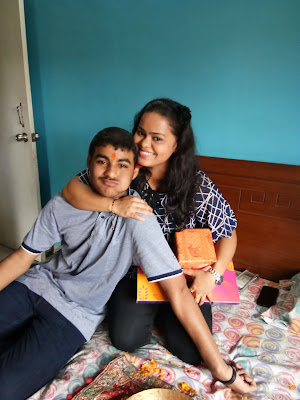 On the day of Rakhi Poornima he often he looks for a sister like person and asks them to tie the Rakhi on his wrist. But one particular year he couldn’t find any one and took the Rakhi in his pocket and went to his site, a construction site (he is a construction professional…Civil Engineer). In his site - an under construction bridge - there were many women workers work on daily wages. That day he saw a small girl – around 8-9 years, the daughter of a woman worker - taking care of small baby. He stopped there and asked the girl to tie the Rakhi and then gave her The GIFT….

The mother of the girl noticed that and came rushing as she felt might be something wrong the girl might have done. She was afraid of BADA BABU (My brother used to be addressed by all the workers that name) and started apologizing on behalf the girl. My brother calm down her and made her understand about the real fact. After that I don’t know what he did but while narrating this incident, at last he said to me “It was really heart touching to see that girl SMILING and …..” then he said nothing. 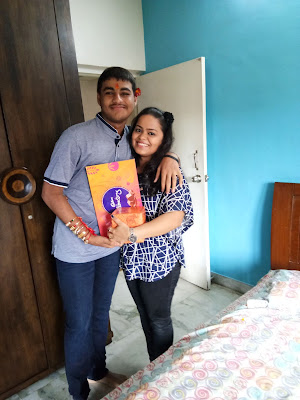 But sometime silence says everything. Isn’t it? I knew after seeing that HEART TOUCHING SMILE on the face of that girl my brother must have prayed to ALMIGHTY to bless that SAME BLISSFUL SMILE on my face and I could see the other three brothers saying, “The same SMILE on behalf of all of us”.

Now a day whenever I visit to the Rakhi stalls I love to see the different Rakhis. I feel them as a bunch of smiles looking at me and saying me that every brother anywhere in the world always wants to see A SMILE on his sister’s face for which he can go to any extent. Every Rakhi is made to bring SMILE, LOVE and Bond.  Nothing can be a more than a GIFT OF SMILE because this is the BEST GIFT!!!! 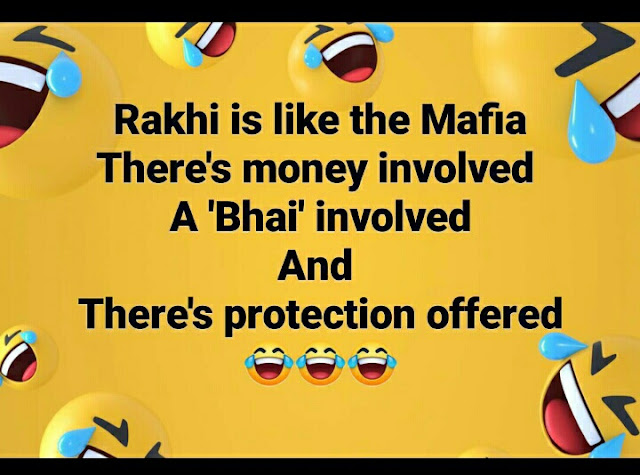